Exhibitions Video games. The two sides of the screen

Exhibitions Video games. The two sides of the screen

The exhibition explores the limits between the physical and virtual worlds in a journey through the video game industry, in which we delve into its economic, socio-cultural, scientific and even its most artistic aspects.

The exhibition explores the limits between the physical and virtual worlds in a journey through the video game industry, in which we delve into its economic, socio-cultural, scientific and even its most artistic aspects.

In less than 50 years, video games have expanded their limits both on and off the screen, generating a major impact on culture and society and becoming a driving force for scientific and technological change. The exhibition: Video games. The two sides of the screen” shows the vast territory that video games have generated, shifting borders with other areas, technologies and ways of life.

This exhibition aims to identify these ruptures and advances from both sides of the screen. From the inside we find, both technological production that has been the spearhead of innovation, as well as the creative processes of graphic design, narrative, mechanics, music, dubbing, etc., which give new forms and experiences to the game. And, from off the screen, we find its presence in the social, scientific, and artistic spheres.

The exhibition invites us on a journey in which visitors will be able to understand how a video game is made and how it relates to cinema, music and other arts. They will also discover things they may never have imagined, such as the economic and employment implications of the video game industry, its ability to generate collective knowledge, its socio-cultural implications, its more artistic side, and even the ways in which video games generate new forms of scientific research.

The exhibition also seeks to identify some of the most significant issues of the medium, in order to generate a space that reflects on questions such as: What is the relationship between the physical and the virtual world in the field of video games? What impact do they have on our brains? What new forms of identity, leisure and community are they facilitating? Is it an artistic expression?

Video games are mostly a form of expression, an expression that goes beyond the traditional arts such as cinema, music, painting, design, narrative… combining them and adding one more unique ingredient: interaction. This section deals with the enormous complexity of the creative processes involved in the development of a video game and explains through several examples some of the most important phases of its development.

Due to the advancing possibilities offered by technology and new industry standards, the creative process behind the development of a video game is exceedingly complex. Although they can be created by just one person, the most ambitious projects usually have a large team made up of designers, artists, scriptwriters, programmers, testers and sound engineers, among others. Each one is in charge of a different area that combined make up the experience, such as the graphic section, the sound environment, the storyline and the game mechanics. Many video games require years of development before they can be released.

Nowadays, the great variety of developers and video games makes it possible for photo-realistic environments that can hardly be distinguished from the real or cinematographic world to coexist with artistic genres of all kinds, inspired by very diverse aesthetics and models and which bestow titles with unique personalities. The interactive component, which gives the player the ability to determine the storyline, makes script development an extremely intricate process, and aspects such as animation, space design or game mechanics account for the extent to which the creative potential of this medium is closely linked to the technological innovation that enables it to be shaped.

Connecting both sides of the screen

This section traces a route through the different interfaces of the video game, from the simplest to the most complex. We will show the transition from joystick to controller, interfaces that allow us to play by moving our whole body, inclusive controls, Alt+CNTRL games or video games that experiment with new forms of interaction, such as Line Wobbler, by Robin Baumgarten, a one-dimensional game that is reduced to a strip of LEDs and a joystick.

From their origin, video games have become one of the main interfaces, drivers of technological innovation at the user level: video game consoles are the first personal computers to enter homes, it is entertainment that drives the production of chips, improvements in processing, the detection of the user’s position, facial recognition, etc. Many of the technological improvements that we can think of, applied to the most diverse fields are produced, become more popular and enter homes thanks to video games.

But not only technological progress is important. Interfaces communicate internal processes to machines and game designers with their users, while shaping new ways of playing. That is why in this exhibition we see them as a nexus that generates connections on and off the screen.

The influence of video games goes far beyond what we can imagine. If we look away from the screen to look around us, we can see their influences in different areas. Having become one of the most successful, massive and omnipresent forms of entertainment in society, the impact of video games is not limited to the economic repercussion of the industry, but constitutes one of the main socialising forces of 21st century culture. For this reason, it has the power either to perpetuate discriminatory behaviour or to take important steps to promote equality.

Through various sections, the exhibition addresses the complex and fascinating relationship between the physical and virtual worlds: how we perpetuate the stereotypes of our society in the digital sphere, how we construct alternative identities and communities that inhabit video games, or how we can transform our environment through reflections that take place on the screen. A large piece is also dedicated to eSports tournaments, a phenomenon that already generates an annual audience of some 385 million spectators.

The impact of video games reaches as far as science. From neuro-scientific studies such as those carried out by Tanaka (2013), Hyun (2013), Gong (2015), and Palaus (2017), the data on the improvement of different areas of the brain due to the continued use of video games is surprising. This research has shown progress in the cognitive abilities of healthy people, such as increased neuronal activity and brain plasticity. Similarly, its use in recovery therapies in cases of cognitive deterioration is currently being evaluated.

Beyond neurological advancements, video games have positioned themselves as allies of contemporary techno-science. They are used in different areas and for various purposes, including epidemiology, where simulations are used for studies on the control of epidemics, rehabilitation therapies, the development and training of health personnel and in collaborative research that promotes open science through human computer systems. This last application opens science to the participation of the general public and shows how cooperation can yield excellent results in this field.

The ‘Videogames. The two sides of the screen’ exhibit is also accompanied by a workshops programme prepared by our educational team. There are workshops for all ages, and registration is free. See all of them here. 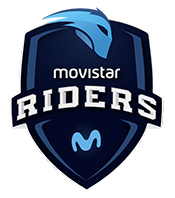